Yesterday, I was torn between watching Underworld and Bye Bye Man. I want to watch both, but the thing is, if I watch Bye Bye Man, bad dreams will haunt me again.

Not now! My husband’s going away for a few weeks soon (hashtag pilotwifeproblems), so, please. I can’t!

We went to Underworld: Blood Wars and O-M-G! It was freaking amazing! It’s the first time my husband watched Underworld (he’s not into vampire movies), and he said that there’s not enough plot in the movie, just a lot of fighting. Well, I guess I need to convince him to watch all the Underworld films, so he will get it! 🙄

I like how the plot twist went: Semira (who looks like Eva Green a lot) ordered to kill all the new Death Dealers; David is the son of Amelia and the rightful heir to the Eastern Coven; Marius killed Michael to extract his blood and use it to enhance his strength; Marius (Lycan) and Alexia (Vampire) were in love (well, I hope he’s not just using her); Selene died and resurrected with a hot new look! (I love the hair a lot!); and there’s a Nordic Coven with vampires that look like The Clayr (a character in Garth Nix’s book, well except for their dark skin.)

The fighting scenes were incredible. Seriously, I find it too brutal though. I don’t know, I just don’t like guns and stuff. I prefer biting fights. 😆

And lastly, aside from Selene, I have a new girl crush. Lena 😉 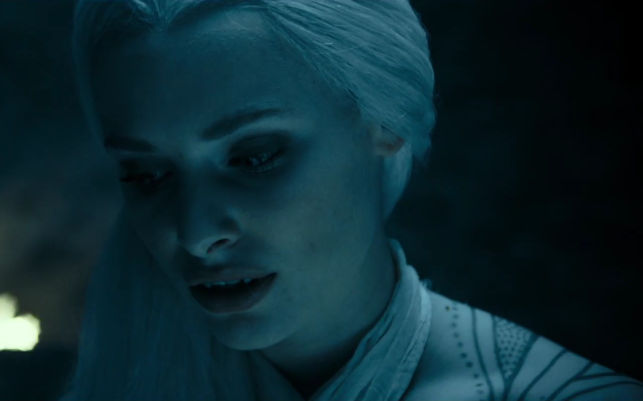